Studies suggest that people who exercise in the morning may have better odds of achieving weight loss goals and boosting other aspects of overall health.

A morning workout can get anyone fired up and ready to face a new day. But exercise early in the day may also boost both weight loss efforts and a person’s overall health.

Skipping breakfast before a morning workout may help people lose weight, according to a recent study of cyclists by European researchers, including those at the England’s University of Birmingham.

Typically, the body of an exerciser uses stores of carbohydrates to provide the fuel necessary for a good workout. But fitness buffs who work out before they have eaten have lower carbohydrate reserves, forcing the body to burn fat to generate energy, according to scientists.

Other studies have arrived at similar conclusions. However, not everyone is sold on the theory that fasting is a good idea prior to exercise. Critics say fasting hampers performance levels during a workout.

Other skeptics say fasting exercisers may compensate for skipping their pre-workout meal by eating more than normal after they finish exercising, thus negating any weight loss benefit associated with fasting prior to the activity.

Other Benefits of Morning Exercise

Experts previously have suggested that a morning workout can be helpful in other ways:

So, while the evidence is far from conclusive, there may be a good reason to think that morning exercise can provide the extra edge needed to achieve weight loss and general health goals.

Comments are closed, but trackbacks and pingbacks are open.

The Secrets of Youth 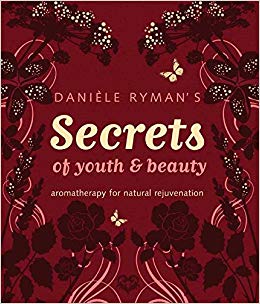 All the advice, tips and tricks to stay in shape, in your head and in your body. A real fountain of youth!

All that a woman, from the age of 30, must know and do to stay young as long as possible: face and body care, dietetics, gymnastics, lifestyle, hair care and make-up, cosmetic surgery.

This small bible of beauty, in convenient format easily searchable, makes a complete overview of all that exists in terms of products and techniques. It is accompanied by numerous illustrations that help to effectively benefit from the benefits of massages and exercises.